The French writer L'Abbé Prévost, whose full name was Antoine-François Prévost, was born as the second son of a rich bourgeois judge in Hesdin, Pas-de-Calais, on April 1, 1697. He lost his mother and his younger sister at the age of 14. In 1712 the relationship to his father deteriorated and he interrupted his studies at the Jesuit college in his home town. Prévost fought in the Spanish War of Succession as a soldier and stayed in the military until just before the end of this war in 1713. Subsequently he attended the Paris 'Collège d'Harcourt' for his final year of school and then became a novice in the Jesuit Order.
From 1718 he served as an officer cadet and took part in the Franco-Spanish war. In 1718 he deserted and in 1720 decided to take refuge in the Benedictine order, where he took his vows in 1721. Subsequently he lived in various, mostly Jansenist monasteries. L'Abbé Prévost then studied theology, was ordained as a priest and delivered sermons. In 1727 he was sent to the Paris monastery of Saint-Germain-des-Prés, where he contributed to the multi-volume historiographic communal work "Gallia christiana" of the Benedictine monks. During this time Prévost also wrote his novel "Mémoires et Aventure d'un homme de qualité qui s'est retiré du monde", whose first of two volumes was published in 1728. L'Abbé Prévost fell out with his abbot, secretly left the Paris monastery and in hiding continued to devote himself to writing. With the proceeds from books III and IV of the "Mémoires" he fled to Holland and London, escaping from a royal arrest warrant, the abbot had issued against Prévost because of his unauthorized leave from the monastery.

In London, Prévost worked as a private tutor and converted to the Anglican church. In Holland he subsequently published books number V and VI of the "Mémoires" and volume VII "L'Histoire du chevalier des Grieux et de Manon Lescaut". In 1731 L'Abbé Prévost furthermore published four volumes of the novel "Histoire de Cleveland, fils naturel de Cromwell" in Utrecht, in 1733 he published the memoirs of the anti-Richelieu conspirator Fran François de Thou. In London he worked on his journal "Le Pour et le Contre", which appeared in Paris. One year later, he was temporarily imprisoned for fraudulent use of bills of exchange and was expelled from the country.
Living in hiding back in France, L'Abbé Prévost contacted the Benedictine order and was pardoned for this apostasy by the Pope. In 1735 he received permission for a second shorter novitiate. The order was satisfied with him keeping up pious appearances and allowed Prévost to devote himself to writing. Thus, he produced the novel "Le Doyen de Killérine" in 1735 and after his novitiate in Paris became the private priest of the Prince de Conti, where he also wrote the last volumes of "Cleveland" in 1737 and 1738.
After 1740 Prévost wrote and translated novel-like historical non-fiction books, biographies and travel reports. In 1753 Prévost published a slightly revised and modernized version of "Manon Lescaut", which is now considered his masterpiece. Up until his death L'Abbé Prévost wrote numerous other works.
On November 23, 1763 he died in Courteuil near the French town of Chantilly in Department Oise. 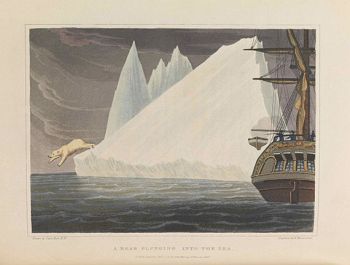 Would you like to sell a work by L´Abbé Prévost?